The Kyler MVP Train is Derailing

Can the Cardinals actually make noise in the playoffs after four weeks that, to say the least, have been rough? The answer is pretty complicated.

The Cardinals enter week five 2-2 after losses to the Lions in Cardinals. The Cardinals have had trouble when teams put the pressure on Kyler Murray to actually be a dropback passer. Currently, Murray has had a rough going dropping back in the pocket. Murray has the seventh-worst completed air yards currently with 4.9 yards, behind passers like Sam Darnold and Dwayne Haskins. That basically shows that on average, Murray is throwing about five yards downfield. Murray has actually regressed since 2019, where his CAY was 5.1.

The Cardinals also haven’t helped Murray, who is far more effective on the run, if not just running. The Cardinals have passed on early-down 3% more than they were expected to heading into the season. It feels like the Cardinals are working as if Murray is a more comfortable pocket-passer than he is. Kingsbury hasn’t truly adapted his offense to fit the more run comfortable tendencies of Murray. 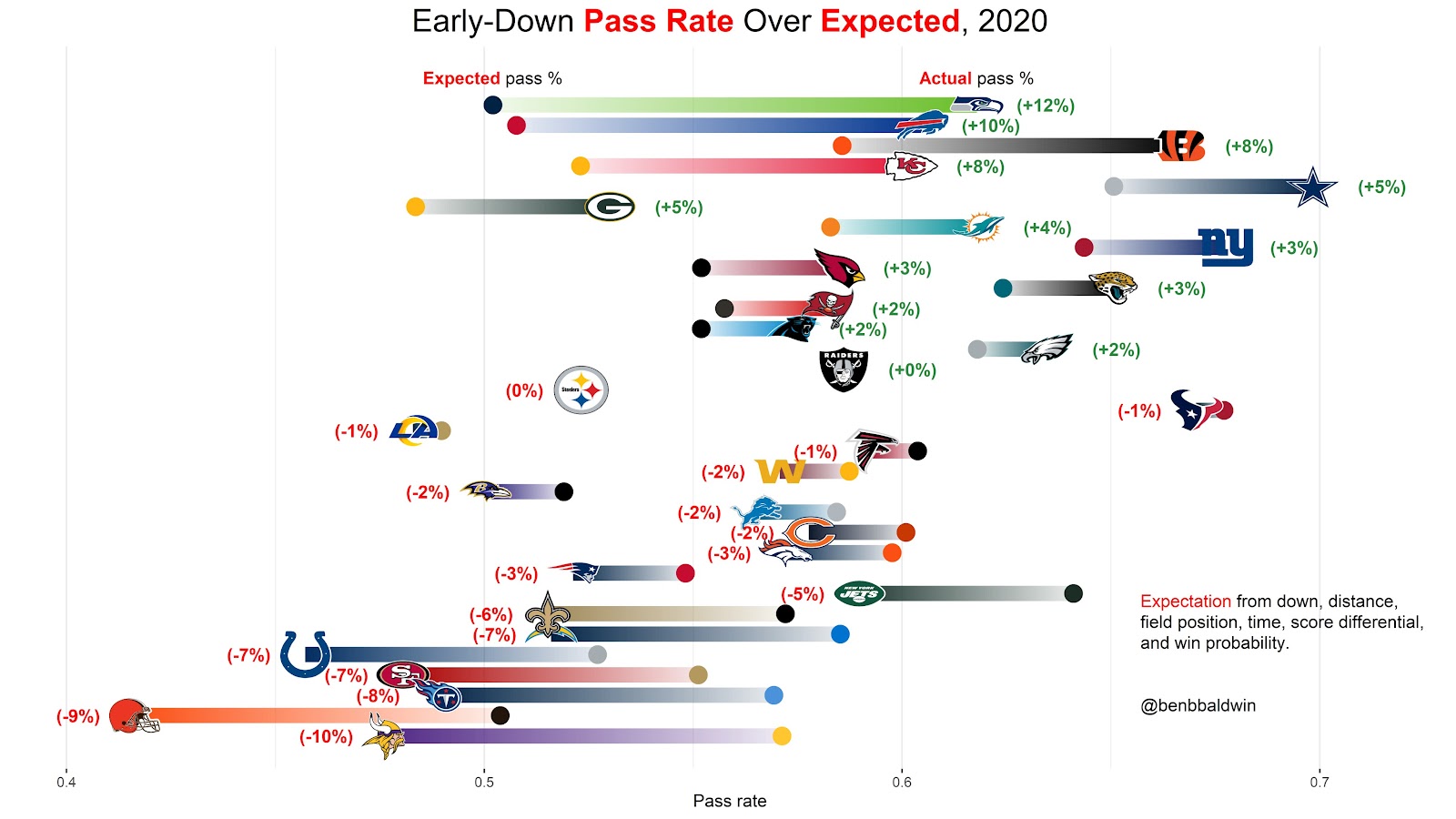 And this isn’t to say that Murray has been horrible, he’s been fine. Murray was likely to be seen as disappointing by a lot of the media because of the ridiculously high standards he was set to entering the season. When you have MVP buzz, you have certain standards to uphold, and it isn’t Murrays fault that he can’t reach those in his (second-year!) in the league. Murray has progressed a pretty impressive amount from an already flashy rookie season, and in any other circumstance, he would be seen as a gleaming success for Arizona (and certainly better than Rosen).

In Carolina on Sunday, it was especially daunting, with Murray having an EPA of 6, and opposing quarterback Teddy Bridgewater having more than quadruple that(!). That is really concerning, and a good idea to see where Murray probably is right now in his career. The only promising thing from that game was Murray’s completion percentage compared to his expected percentage, with an over 11 point positive differential, and even that stat can be flipped as a negative.

So what’s up with Murray? Well, a lot of it goes with inexperience at the position, Murray only entering his second-year means he has a lot of room to improve. Deandre Hopkins inexplicitly has caused problems by being too reliable. He is targeted 41.81% of the time by Murray, which is causing a problem where Murray is layed exposed if the defense double or triple-teams Hopkins. They badly need a true WR2 to make Murray less scared in the pocket and more confident as a passer (provided Kingsbury doesn’t radically change his offense).

So is this article basically just me confirming my priors and overloading you with statistics about Murray being a below-average quarterback? Yes, probably. But that shouldn’t discourage you from bravely using snippets of this article to ratio fans of the Cardinals and media members who just will not stop digging the hole.

2021 ACC Prospects Who Excite Me